Hit enter to search or ESC to close

Is Love by itself enough to get married?

Is Love by itself enough to get married?

I enjoy discussing my topics with people before writing, just to gain a wider perspective. I did the same for this topic, I’m sure you would not be surprised to learn that majority of the people I spoke with said yes, love by itself is enough reason to get married. Someone even responded saying ‘what other reasons are there to get married for?’

Interestingly majority of the people who said love by itself would be enough are not yet married, the married ones felt other things should be considered. Being a married man myself, I can understand both sides.

All our lives, we’ve been shown in movies and on TV that love is all we need, nothing else matters. Once we have love, we have our one way ticket to happily ever after. I feel this is in our DNA, which is why majority of us are willing to do and sacrifice everything to find love. Social media is also a major contributor, we get front row seats to other couples’ relationship highlights; the romantic proposals, glamorous engagement parties and beautiful weddings. Couples in matching outfit, chemistry filled videos and photos, holidays together. Seeing other people’s love grow in front of our eyes makes it even more believable that love is the ultimate. This is probably why after we find someone we love, marriage is a no brainer.

This is fair, I mean it would be insane to marry someone we don’t love. All that said, the question I ask people from time to time is if love is everything, why is the divorce rate so high? Did these people not get married because they loved each other, what went so wrong that they could not work it out or live together?

After getting married and started hanging around other married couples, I quickly gathered that most married people feel the need to create a ‘happily married’ perception. You will rarely get to know the reality of other people’s marriages unless they are close relations or close friends. Married people only tend to share their highlights on social media, which is why it is convenient for people who are yet to marry to have unrealistic expectations of marriage, all they see is the glamour. I mean we have all seen cute couple that people idolised and saw as the ultimate ‘relationship goals’ but later find out the reason for their separation or divorces was abuse or series of infidelity. That unfortunately is marriage, as my mother warned me, it’s not for the weak!

In the short time I’ve been married (3 years), I’ve learnt a thing or two. I got married thinking that it will all just click together easily. We were in a relationship for a long time – 5 years, I anticipated few disagreements here and there but we love each other so it should be all good. We’ll both just understand each other’s needs and wants, have date nights almost every weekend and have a fun marriage.

After our honeymoon period was over, the reality of marriage hit us! It magnified our differences and exposed our flaws to one another. There was no hiding place, we saw the best and worst of each other. Our differences became more apparent and with that came arguments, constant arguments about (now that I look back) silly things. I did not like her bossy tone, she would get angry because I didn’t put things back where they belonged. At times, it felt like we were strangers living together.

Love no longer felt like love. After so many arguments and days lost not speaking to one another properly, which were hell, we sat together and made a conscious decision to start working together and accept one another. We started all over again and with patience and compromise, we are better together regardless of our differences. We are far from perfect but we are living together in happiness.

From my short experience and seeing other people’s marriage, I have come to realise that it is very possible for two people to love one another but not be able to live together. I feel love should definitely play a role in the decision to get married but other things should also be considered.. As I said earlier, there is no hiding place in marriage. It exposes your flaws and insecurities which is why love in marriage is a choice as oppose to feelings.

Start with yourself, are you mentally and emotional fit to take on the role of a husband or wife? Because being a husband/ wife is not just a title, it is a responsibility. Are both of you matured enough to handle it. Then think about differences. Difference in religion, culture, habits and personality traits. Also consider mental stability, future partner’s family.

These are things that might seem irrelevant when you’re high on love but they tend to have major impact on the type of married life you’ll have.

I see love as the foundation of a house. The foundation is solid, it has to be beyond attraction, chemistry and passion. Those things burn out over time and we not hold a marriage together. Even when the house is standing, it still needs to be painted and furnished otherwise it will not be comfortable to live in. I feel one of the reasons marriages struggle is because some couples only pay attention to having a solid foundation but forget the work needed to make the house fit for living.

Why Guys Lose Interest After The Chase

I was studying some of your articles on this internet site and I think this website is real informative ! Keep posting.

What Type Of Woman Should I Ma

Thanks for the excellent content. Wish to see even more shortly. Thanks again and keep up the great work!

Why Guys Lose Interest After T

I was studying some of your articles on this internet site and I think this website is real informative ! Keep posting.

Happiness in Relationship: Are we responsible for our partner’s Happiness? 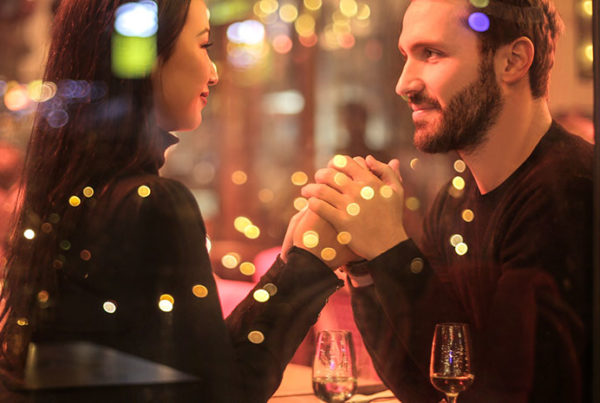 Physical Attraction in Relationships – ‘When you love someone, should it matter how they look?’