Hit enter to search or ESC to close
DatingRelationships 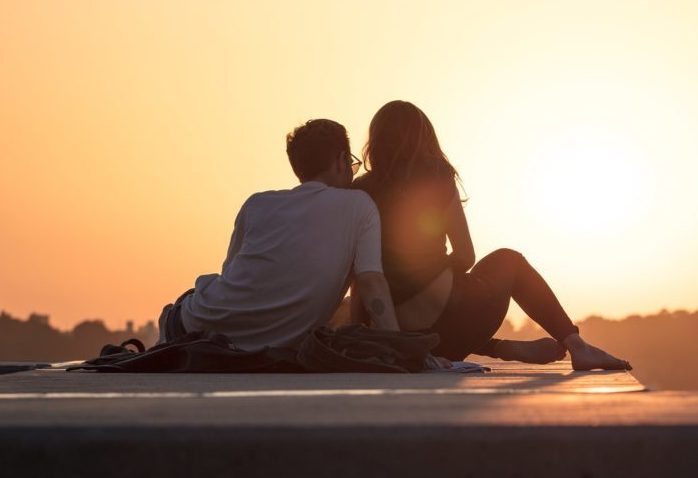 (Comparing Your Relationship with Others)

It’s important to understand and recognise the seasons of a relationship, otherwise we’ll find ourselves comparing our relationships to others. Making us vulnerable to the idea that the grass might be greener on the other side. Truth be told, it is such ideas derived from comparison that forms the beginning of the end for many relationships.

More so in this day and age where social media has become the perception of reality (have you noticed how extremely happy, romantic and fulfilled everyone’s relationship is on Instagram?!). It is easy to find ourselves comparing our relationship to those on social media, resulting in an overwhelming feeling of sadness and insecurity – what am I doing wrong? why does everyone else seem so happy?

There is no doubt that all this comparing will shine a negative light on your relationships, steal the joy that once existed and leave you feeling unhappy and confused in the aftermath. My advice to overcoming this is to understand the concept of ‘seasons’ in a relationship.

Do you remember when you first got into the relationship with your partner? The insane chemistry oozing out of the both of you. The excitement of speaking and spending time with one another.

In this season, we’re blinded by emotions and we rarely pay attention to the flaws in our partner. Rather we’re full of excitement and would shout on any platform that would hear us that we’ve found ‘the one’.

The summer season sets the tone of our relationship. A fun fact about this season is that, it’s only free flowing when the relationship is new. Once the newness wears off, both partners have to work hard to get back into this season, and even harder to maintain it.

I’ve learnt that in the early days, each person will be putting their best foot forward. So even though the vibe is great and feeling like a fairy tale love has been found, you still don’t really know your partner yet.

As the saying goes, nothing lasts forever!

The autumn season is where the excitement starts to fade in the relationship. All of a sudden, we start seeing the character flaws that we did not think existed. Even the things we once found cute starts to become annoying. ‘Not squeezing the toothpaste from the bottom’, ‘posting too much on social media’, snorting when he/she laughs etc.

In this season, differences are exposed and arguments start to creep into the relationship.

For seasoned couples, the autumn period is mediocre. With each person living their individual life, the relationship could start to feel like routine. The conversations are not as long anymore, and the butterflies in your stomach are no longer flapping their wings.

There’s no obvious danger to the relationship at this point, so most couples will just continue as normal. The potential danger in this season is that couples start becoming emotionally distant from one another and therefor one may start seeking excitement outside the relationship.

In my experience, I feel it’s important to actively make an effort with the relationship at this point. Organise date nights, movie nights. Activities that would keep you communicating and spending time together.

The winter season is the coldest and darkest period for any relationship.

It’s a time where the relationship feels like a battlefield. Most things end up in big arguments, even the smallest misunderstandings. Most of the issues coming from each person’s differences and the couple’s inability to understand and accept them.

At the peak of the winter season, that chemistry and excitement felt in the summer season and possibly part of the autumn season become distant memories. There are times it would feel like love has disappeared. The notion that love is no longer present in the relationship may cause many to give up or start looking at alternatives.

The spring season is the period where things in the relationship start to blossom following the hardship of the winter season.

This season forms the basis of growth as well as longevity of any relationship. It’s the time we reflect, rebuild and develop ourselves both as individuals and as a team. The previous seasons would have exposed some flaws in our relationships. Couples that value their relationship use this season to work on their partnership and acceptance of individual flaws, so they are able to still work together regardless of their differences.

I find that sometimes, we don’t make the most of this season because we’ve been distant from our partner. So, we’re more in a rush for the makeup sex and good times. Don’t get me wrong, those are needed but not reflecting and growing would see the same issues come up time and time again. In some cases, resulting in a break-up.

I feel like when we’re going through our winter seasons, it feels the rest of the world are enjoying their spring or summer seasons. Whilst we’re in bits thinking we’re losing our relationship, other people are posting and celebrating the love in their relationship. It makes it easy to compare our relationship with others.

The reality is that, at some point every relationship will go through its autumn and winter seasons. The reason you don’t hear about them is because, most people only share their summer seasons on social media regardless of what season they are truly in. I hear many social media ‘influencers’ portraying they are in a perfect situation. Unfortunately, people are comparing their relationships to an unrealistic idea, and giving up on promising relationships once they go through a little storm.

The autumn and winter seasons are essential and massively contribute to the growth and longevity of every relationship. I learnt a while ago that the reason couples last a long time together is not because they don’t go through major issues, but because they refuse to give up and have learnt how to work through their issues together as a team.

Comparing your relationship to others will only lead to insecurity and unhappiness. A lot of the time we want what other people have, but we are not willing to go through the process to get it.

The secret to a long-lasting relationship is to not give up. Of course, if the relationship is damaging to your wellbeing, please walk away. However, if it’s mainly arguments and differences that can be worked out, put in the work. Sooner or later, it will pay off and you would learn and understand how to shorten the winter season and prolong the summer season.