WHY MEN ARE GETTING AWAY WITH NOT HAVING TO COMMIT 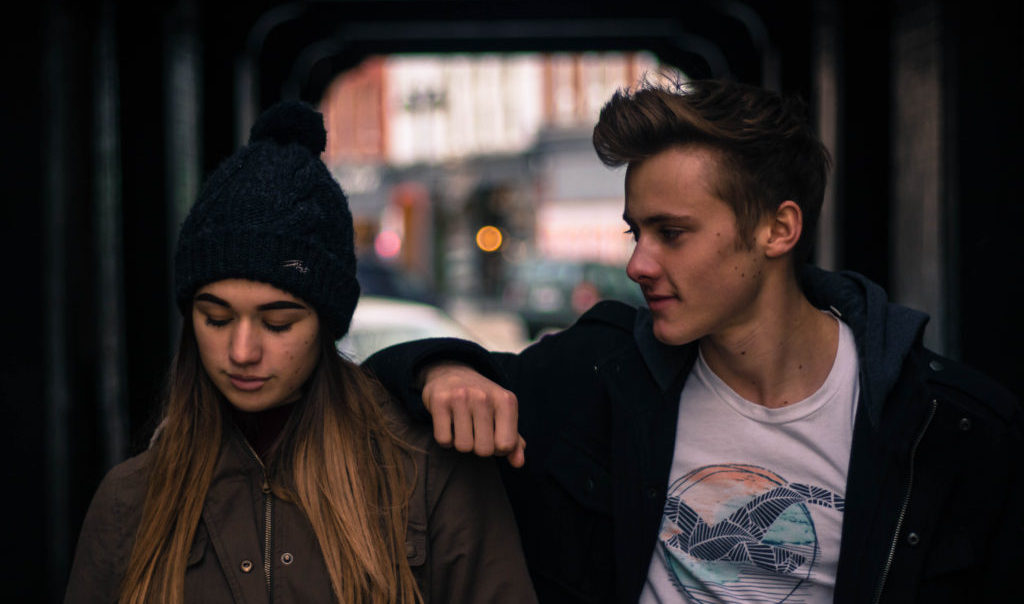 WHY MEN ARE GETTING AWAY WITH NOT HAVING TO COMMIT

If my Twitter timeline is anything to go by, it would be fair to say majority of guys have given up on committing to a relationship. Every day, I see at least a tweet or threads about men being trash. Women sharing disappointing and heart breaking encounters with guys who through their unwillingness to commit, has mistreated or wasted their time.

There are stories of guys suddenly going ghost for weeks after declaring interest and text ‘hey big head’ like they never left, catching feelings for a guy only to realise he’s in a 2 year relationship with someone else. Recently a woman shared with me how she was in a relationship with this guy for almost a year, only for him to tell her he can no longer continue with the relationship because he is now engaged to his girlfriend. He apologised for hurting her and said they could be friends, but if she does not want to, he understands. I’m not even going to lie, that startled me.

Another woman told me about a guy that had been on her case for months. Her last relationship ended badly so she was hesitant. Due to his perseverance, she thought he might be different and gave him a chance. They went for drinks, one thing led to the other and she ended up having sex. In the morning, he said to her, ‘I don’t want you to think anything of what happened between us’. That was that, he never got in touch again.

As much as I dislike the ‘Men are Trash’ campaign, when I hear and read the ordeal some women undeservedly go through with guys, I completely understand why women jealously guard their hearts and date cautiously.

Why are men getting away with not having to commit and treating women unfairly?

I should first mention that men go through different phases before reaching the point where we are ready to commit. Not every man that approaches you and expresses his interest is mentally or emotionally ready for the responsibility of commitment. Whilst it is impossible to control when a man would commit, what you as a woman are able to control, is what you permit.

This is not me trying to excuse the way some men mistreat women. I feel it is important to understand how a man’s mind works so you as a woman are investing in someone you’re likely to get the return you deserve.

Here is a few list of traits he sees in you that makes him feel he can get away with not having to commit.

HE SEES YOU ARE TOO KEEN TO HOLD ON TO HIM

He’ll start by pushing some boundaries; whether it’s not returning your calls or texts messages, then giving a simple minded excuse or it could be talking to you in a disrespectful manner. Once you accept these behaviours as normal without asserting your standards and self-worth, you’ve confirmed his belief and he’ll start to exploit and take advantage of you.

I get women asking me, why can’t men just leave a woman if he is not willing to be a man to her? Here’s the reason:

Some men enjoy the power and control they get from these type of situations. He will do just about enough to keep you around, especially if there’s sexual and financial benefits involved. You’ll always feel something isn’t quite right but in his attempt to hold on to you or rather the control he has over you, he’ll provide little moments of happiness that give you hope that things will get better. We all have that female friend that constantly complains about her man and in the same breath makes excuses for him, more often than not, this is the reason.

HE SEES YOU ARE WILLING TO INVEST IN HIM WITHOUT PROOF

One thing that became apparent when I got to the stage of commitment, was the harmony between my words and actions. On top of that was the consistency in my pattern.

When a woman tells me about a guy she’s been talking to and messaging for few weeks, sounding all excited because he’s attractive and saying the right things, I always say “take your time”!

By that I simply mean, don’t give him VIP access to your emotions, time and body because he calls you often and says things that sound appealing to your ears. Let him show you consistency and that he is who he says he is.

If after a few weeks of talking to a guy and maybe one date, he drops the ‘do you want to come over’ line, more often than not, he’s testing your standards and looking to secure your investment without any work on his part. Men understand that investments create attachment. Once he secures what matters to you, whether it’s your body, emotions or time, you are on the back foot because now you’ll be chasing him for ROI, which puts him in control.

Imagine being paid your monthly wage after just one week of starting a new job. The workplace no longer has control over what you choose to do with your time for the rest of the month. Even if they fire you, you still win. It’s the same principle!

HE SEES YOU AS A FREEBIE

Men have hunter’s instincts, it does our ego when we go out to get what we want as opposed to having what we are given. When a woman drops herself on a man’s lap without any work on his part, he does not feel the need to be loyal to her.

Don’t get me wrong, he’ll be pleased and happy to enjoy the benefits but he’s unlikely to have high regards for you. We men value things that cost us.

It’s like when you see people handing out product samples outside the station, the reason the samples are appealing is not necessarily because I like the product. Often times, it’s because it is an opportunity to try something new at no cost. If I don’t like it, I have no regrets about binning it or I can enjoy but still never go back to it.

I see some social media influencers encouraging women to jump into men’s DMs and shoot their shots. Whilst this could work for some, I feel its best when a man decides he wants and goes all out to claiming you. Shooting your shot could create the wrong perception, which would encourage him to treat in manner that’s not appropriate.

HE IS JUST NOT READY FOR COMMITMENT

As I mentioned earlier, commitment is a stage we men get to in our own time. As lovely as it would be that every single guy is waiting to find someone to commit to, the reality is that not all men are ready for such responsibility. There are so many single guys that are not emotionally or mentally available.

I often say being a man is a responsibility, not a title. Not every male is ready for such responsibility. When a guy is not ready for commitment, it does not matter who you are and what you do.

There are women who feel they can secure a man’s commitment through giving him the sexual experience or playing wife material. They end up getting disappointed and even worse, he ends up committing to a woman who does not look as good or does as much.

I also want to highlight that not all men lie about commitment but rather some women choose not to believe the truth! If he is telling you he does not want a relationship, accept his truth and keep it pushing.

In an ideal world, people should just state their true intentions and stop wasting other people’s time. I realised a long time ago that reality is far from ideal. The fact is that a lot of guys have so much growing up to do, emotionally and mentally.

As a woman you have little or no control over how a man chooses to behave. Your powers lie in what you allow and how much you permit him to affect your happiness. I would always suggest setting your standards and never compromising, even long after you’re in a relationship.

I just want to comment that probably this behavior is more typical for men, but there is also women who are afraid of commitment. And there is also women who enjoy sex and if a guy leaves a woman only because she was too easy to get in bed, he will probably find another woman who is less interested in sex, and is that what he wanted? I mean, do most men find sexual women as scary? I don´t mean that jumping in bed drunk after a night at the club is a good idea. I mean, if a man and woman already have got to know eachother a bit, I don´t think it´s a mistake to have sex in a early stage. Poor women should be living in celibacy for years, if they follow this advice. Another option is for the woman to have a friend with benefits, so she will have the patience to look for mr right without doing the mistake to jump in bed with him. Maybe that would be a good idea, or what do you think?

I just want to comment that probably this behavior is more typical for men, but there is also women who are afraid of commitment. And there is also women who enjoy sex and if a guy leaves a woman only because she was too easy to get in bed, he will probably find another woman who is less interested in sex, and is that what he wanted? I mean, do most men find sexual women as scary? I don´t mean that jumping in bed drunk after a night at the club is a good idea. I mean, if a man and woman already have got to know eachother a bit, I don´t think it´s a mistake to have sex in a early stage. Poor women should be living in celibacy for years, if they follow this advice. Another option is for the woman to have a friend with benefits, so she will have the patience to look for mr right without doing the mistake to jump in bed with him. Maybe that would be a good idea, or what do you think?

Problem is that a lot of women are very naive… They only search for the perfect partner to marry, rather then have some fun and see how thing evolve. Lots of men, including me, like women who love sex, without calling them sluts. Lots of women don’t want a FWB’s, while that’s the thing that men want. So often we have to lie about women just to have sex with them. If they wouldn’t behave like little kids and believe in the perfect men, they wouldn’t dissapoint themselves that often.