Hit enter to search or ESC to close
DatingRelationships

HOW TO STOP BUILDING A MAN? 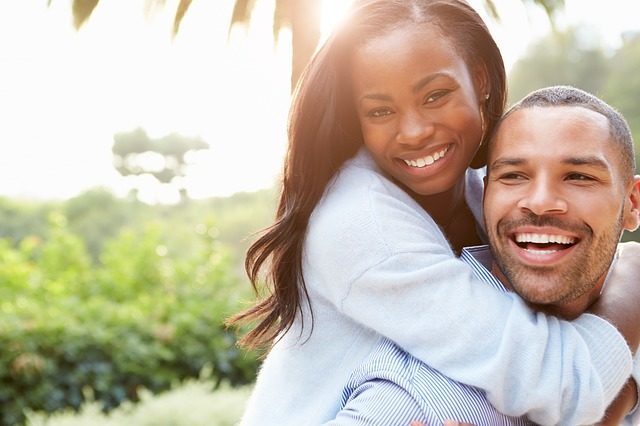 LET HIM BE A MAN…

My last post sparked further conversations about the issues women are facing when dating guys. Trying to build a guy into what you want him to be, rather than accepting him for who he is.

Most guys are not in any rush to man up because there are women who would tolerate their boyish acts. A man that genuinely understands and able to value a woman’s worth is difficult to find. So perhaps it’s better to build up a half-decent guy.

The problem with trying to build a man is that you’d have to overcompensate. As a result, likely to overlook the red flags or consider them non-threatening. By the time you realise the significance of those red flags, it’s probably too late because you’d already invested.

Recently, a woman told me she paid for every date for the four months she was seeing this guy. Each time they went out, he always had a reason for not having enough money on him. He promises to make it up to her, of course, he never did, and she never brought it up. She was too wrapped up in the fact that this guy was her ideal on paper. She was only investing in a ‘bae’ that would repay her with love and happily ever after. After four months, he ghosted her, and she later found out on Instagram that he is with another woman.

The other thing about trying to build a man is that the woman becomes the person leading the dating situation. You risk being the only one investing, while he’s probably just going with the flow. Yes, you’d get that attention so that he keeps you around but might not be valued.

So, how do you give a guy the room to show you he’s a man and one that deserves you?

LET HIM CHOOSE YOU

Whether a man is into you or not, you’d be able to tell through his actions. Some women get into situationships because they don’t take the time to understand a guy’s intention. You make it blatant that he can have you from the start, all he has to do is go with the flow.

I get that we’re in the ladies’ shoot your shot’ era. Rather than going all the way, why not maybe go 40% and make him work the remaining 60%. In the early stages, be available but let him decide by himself that he wants to pursue you. Let him show consistency in his actions until you are clear that he knows what he wants and it’s you.

If you take that responsibility away from him, you will stop him from being a man. I find in many cases where the woman puts the move on the guy, he would entertain you, but that does not mean he’s interested in you. You are the prize if he feels he deserves you, let him show you.

LET HIM SPONSOR HIMSELF

There is a thin line between sponsoring and supporting a man. I feel some women although with right intentions, cross the line of supporting and start sponsoring a guy, especially in cases where you are into the guy, so you feel the need to overcompensate in order bring him to your level emotionally.

Once a guy is convinced you’ve caught feelings and can get what he wants from you, there’s no need for him a man up. He becomes more of a boy in a man’s body. You will have to put up with tantrums and guilt when he does not get his way.

I get that we all fall short from time to time and need assistance. There’s no need to be excessive to show a guy that you’re the right one for him, especially when it’s still early days. Of course, support and encourage but make investments that if you’d be bitter about if you don’t get the desired return.

NEVER LEVEL DOWN, LET HIM LEVEL UP

You shouldn’t have to drop your standards to gain a relationship status. If a guy wants you, let him step up to your level.

When a guy starts throwing the ‘you think you’re better than me’ or ‘I can see why you’re still single‘ type conversation at you, then you’re likely dealing with someone that’s not on your level and not willing to level up.

Do not make excuses for him and drop your standards, thinking he will be the man you want him to be. Rather stand by and assert your values. If he’s truly a man, he’d respect you and meet those stands. If not, then, you should consider walking away from the situation.

LET HIM CHANGE IN HIS OWN TIME

If a guy is showing boyish traits, let him grown up in his own time and not yours. You see, while you’re busy babysitting a guy waiting for him to act right, you could be missing out on other potential suitors, possibly one of whom is the right one for you.

Yes, he’s sexy and looks like everything you want on paper, but if his ways disrupt the peace and happiness you’ve worked so hard to build, then you have to let go.

I should also say that you are not or should not feel responsible for a man’s growth or maturity. Let him be a man and grow up in his own time, and if his timing is not to your liking, I’d suggest, pursing more suitable interests.

I understand it can get complicated when you are in your feelings and have high expectations that he could finally be that guy! While we cannot necessarily control our emotions, we can always choose how or if we act on them.

It is important not to rush on your feelings, especially if you’re the type that loves hard. If you’re putting yourself physically, financially or emotionally on the line, ensure it’s a conscious decision and not an attempt to gain someone’s affection.

I firmly believe and would also like you to think that there is a man out there that would want you the way you are and give you the love you deserve. You don’t need to overcompensate. Accept people for who they are as opposed to who you’d like them to be.